Basics of .NET Programming And What is New 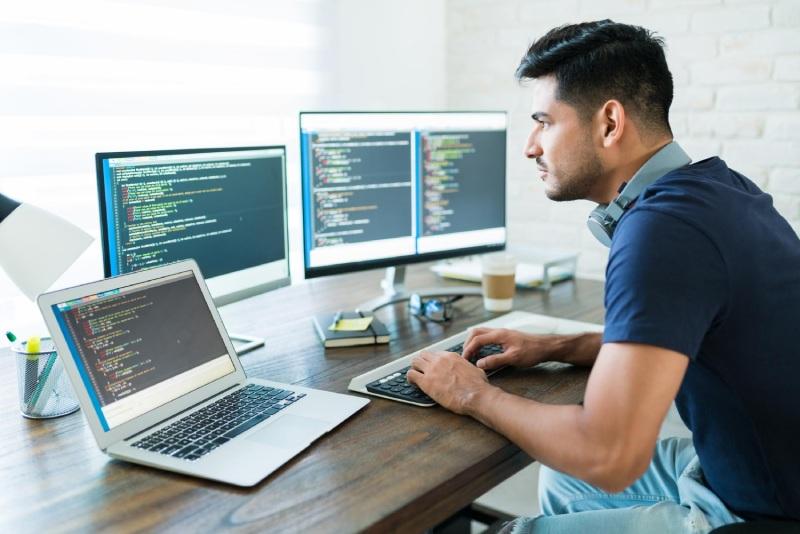 5/5 - (1 vote)
Want to build Windows apps or business applications? The perfect solution to be able to do this professionally is the .NET Core development platform. In this article, we will be talking about What is .NET Core? What are its applications? And what’s new in .NET 6? We will answer all these questions here.

What is .NET Core?

To be able to probe all its applications it is important to understand the meaning of .NET Core, what has now become .NET 6. It is an ECMA standard that has several implementations.

Have realized it is the Microsoft company that has introduced .NET Core intending to write cross-platform code that can improve the workflow on the Cloud.

This development platform, as stated by the parent company itself, offers many features such as support for multiple programming languages, and asynchronous and simultaneous programming models, as well as predicts everything that can happen on different platforms.

C#: It is a simple and powerful object-oriented language;

F#: It is a cross-platform language that supports functional programming;

Visual Basic: This is a simple language that allows you to build apps in .NET even for people who are less familiar with software development.

What are the differences between .NET Core and the .NET Framework?

How Can We Help You

Developing applications of this magnitude is an easy thing to do. It becomes very important to have a qualified developer on board, who knows the platform and programming languages like the back of his hand.

We, at BainsLabs, are experts in handling .NET projects. If you have any .NET projects, feel free to share your requirements with our experts.